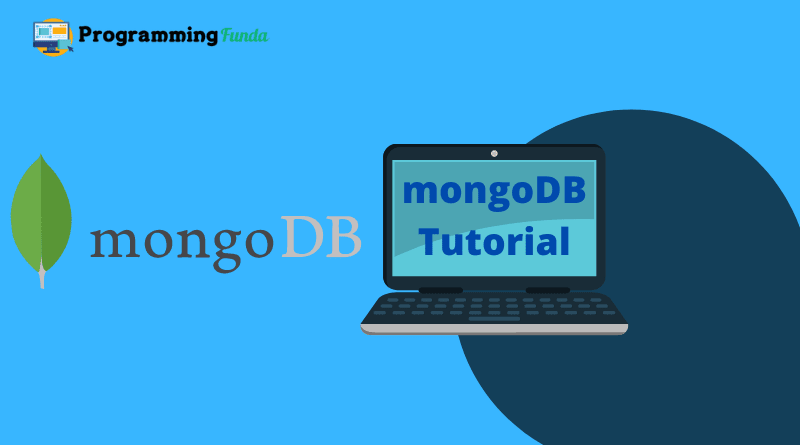 In this Online MongoDB tutorial series, we are going to learn all about MongoDB Database. MongoDB is a cross-platform document-oriented based database, which is different from another database like MySQL, Oracle, etc.

If you are new to MongoDB, Don’t worry about this online MongoDB tutorial designed for you, In this tutorial, we will cover all the basics to advance MongoDB topics.
If you follow our MongoDB tutorial series, I guarantee that you will be able to work with MongoDB.

What is MongoDB Database?

MongoDB is NoSQL database. MongoDB is an open-source, cross-platform, document-oriented-based database program, Which written in C++, Go, JavaScript, and Python.

MongoDB is created and supported by the New York based company named 10Gen.MongoDB is a high performance, document ( JSON ) based, automatic scale database.
MongoDB is completely different from other Relational Databases like MySQL, PostgreSQL, and Oracle, etc.
Instead of using tables and rows in a traditional database, MongoDB uses collections and documents. In MongoDB, the Document consists of data in the form of a key/value pair.

MongoDB comes under GPL ( General Public License ) license, That means you can use the MongoDB database free of cost in your project.

10gen software company began the development of MongoDB in 2007 as a component of PaaS ( Platform as a service ).In 2009 10gen company shifted to develop an open-source development model, with offering commercial support and service. In 2010 10gen changed its name to MongoDB Inc.

There are lots of well reputed companies used MongoDB.

There are various reason to use MongoDB database.

Indexing: In MongoDB, Indexing is used to boost the performance of search within MongoDB.Any field in a MongoDB document can be indexed.

Replication: MongoDB provides high availability of replica sets. A replica set contains two or more copies of the data. each replica set may act in the role of the primary and secondary replica at any time.

Load Balancing: MongoDB can run on multiple servers. Balancing the load to keep the system up.

File system: MongoDB can be used as a file system with load balancing and data replication features over multiple machines for storing files.

MongoDB Features: There are various features in MongoDB database.

Indexing: You can indexing any field in document.

Support ad hoc series: In MongoDB, you can search any field, range query and its support regular expression.

Provide high performance.
Use JavaScript instead of procedure.

Server-side javascript execution: JavaScript can be used in a query, aggregation function, and send directly to the database to be executed.

The below example show how document models in MongoDB.

As you can see in the above example field and value separated by a colon ( : ). A MongoDB document looks like a JSON format.

So, In this Online MongoDB tutorial, you have learned what is MongoDB database and its some important features of MongoDB.In the next tutorial, we will see the collection, document and so many more topics of MongoDB.
If you want to build a fast application, Then MongoDB is best for you. MongoDB also used for big data projects.
If you work on a big data project, Then you can use the MongoDB database.